Working on heavy lift projects in challenging times requires revolutionary power. The new Green Pin Power Sling® Shackle gives you this power. It has a unique design that enables you to lift the same load with a lighter wire. Lighter wire means lower costs, giving you more competitive power.

The Green Pin Power Sling® Shackle lets you save up to 20% on synthetic – and wire rope costs thanks to its revolutionary design. It has an optimum D/d ratio and the widest crown (+10%) in the industry. This shackle distributes stress better than any other shackle in its class; the results of reinforcement of the areas that endure the highest stress. Together with the improved D/d ratio, this boosts the bending efficiency of the wire to 85%. This way, the Green Pin Power Sling® allows you to use a lighter wire to lift the same load, lowering costs significantly.

Each shackle has been individually proofload tested to twice the Working Load Limit; more than any other competing product. Material characteristics have been thoroughly examined, both internally and in the shackles surface, by MPI-tests, ultrasonic inspection and X-ray tests.

The Power Slings® long-term performance has been scrutinized with tensile- and fatigue testing, subjecting it to more than 40,000 cycles. There are virtually no limits to the testing regime the Power Sling® has been put through. Even the ductility of the steel has been checked at temperatures as low as minus 40°c. The Power Sling® is complaint with major certifications. Of course, it is reliably made in Europe and accompanied by a EUR1-certificate. 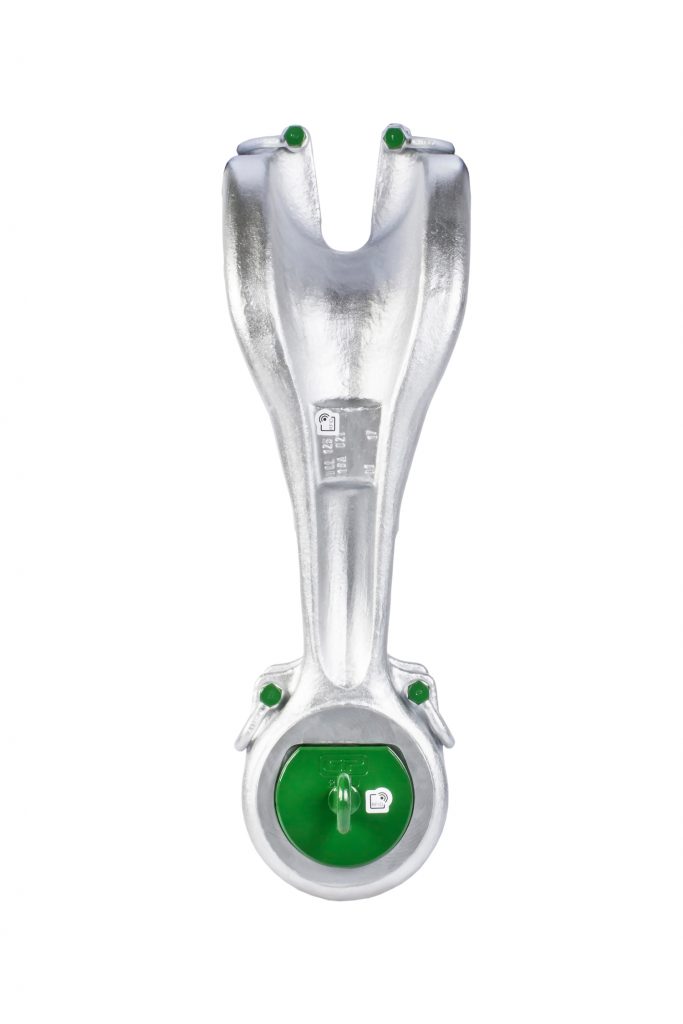 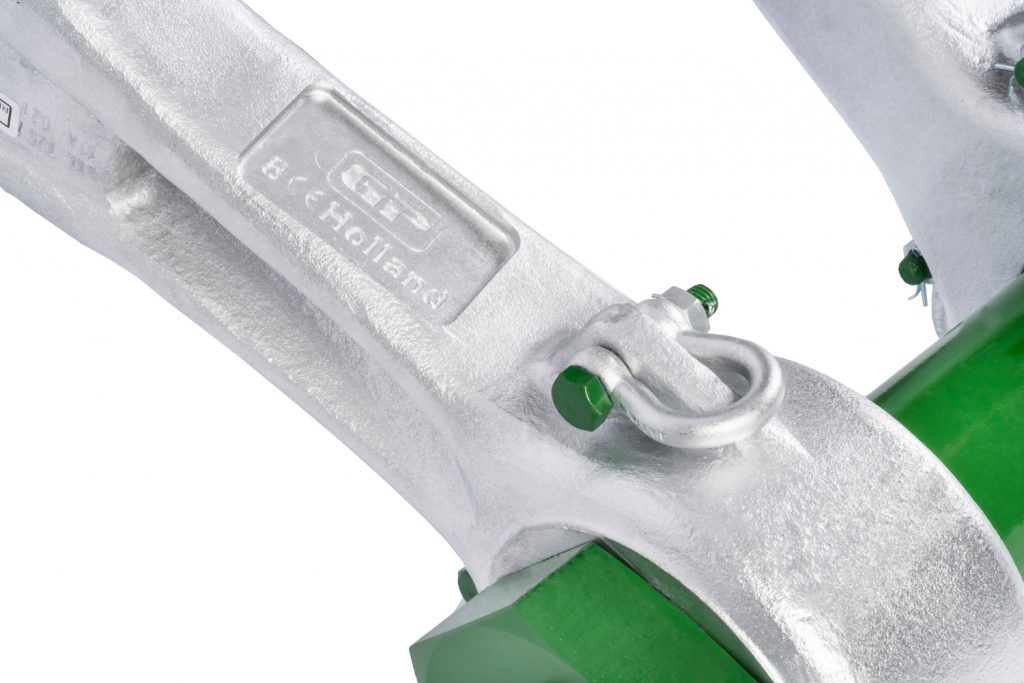 With the Green Pin Power Sling® Shackle, heavy lifting has never been easier. It offers riggers great handling thanks to the lower body weight and multiple handling points.

Handling points attached to body and pin let you assemble sling and load with much less effort. The consistent mouthwidth between batches of Power Sling® shackles guarantees that dimensions in the technical documentation are truly accurate. Tracking and identification of the shackle are easy thanks to markings on both sides of the shackle body (not on the bearing surface) and an RFID-chip in the pin and shackle. To top it all off; the optional bayonet nut further improves the ease of assembly and prevents objects from getting caught in the nut.

If you need any more information, please get in touch.